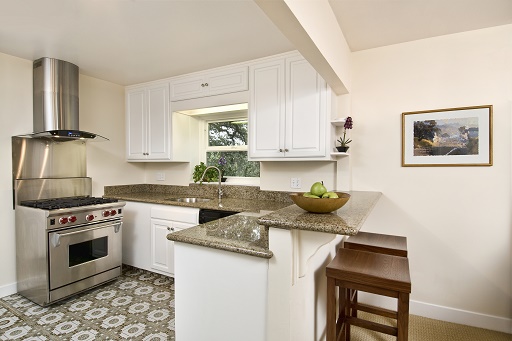 It can be a little perplexing to bake or cook in a small kitchen with limited space. Whether you’re in an apartment, condo, or just a house with a kitchen that isn’t quite as big as you’d like, cooking fantastic meals in a small kitchen is altogether possible.

How nice it would be, but you don’t need a big kitchen to make a big meal, no rather all you need is a little knowledge and creativity for working in a small kitchen with limited space.

The key to having a small kitchen with limited space, is organization. Keeping your limited space organized can actually give you more space to work with when preparing to cook or bake.

Organization can also save you money and a trip to the store. How so? Consider this. Say you’re making an “Apple Spiced Cake,” how many occasions have you opened the pantry to see if you have a certain spice, and it is no were to be found. 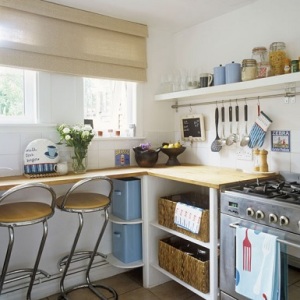 As you need the spice, you end up going to the store to buy some more, only to find a week later the spice you we’re looking for hidden in the back of the pantry.

Cooking and baking in a limited space kitchen with organization can save you money.

Before you start cooking, pull out all the ingredients you’ll need for the meal, and keep them all on the counter in one place. Spreading out all over a small kitchen isn’t an option, so watch how much room you’re using for your ingredients. What ever you are done with, put it back right away.

Being organized before you start preparing food to eat, as well as while you are cooking will save you from becoming frustrated, because not knowing were items required for the meal preparation are could quit well discourage you from preparing meals.

Keep ion mind that small spaces and frustration are not a good combination.

Keeping your pantry, cupboards, fridge, freezer, and any space where food is stored, is essential to cooking in a small kitchen.

To start, a clean kitchen means prepared meals without food-born infections. Since you have a small kitchen, why not make recipes that only require the use of one mixing bowl or one pot recipes.

The less cooking and baking utensils you can use, the more counter space available and less clean up. 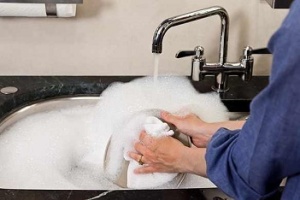 Instead of grabbing a new bowl, pot, or mixing utensil, try to use the ones that are already dirty.

While you’re waiting for something in the oven or on the stove, wash the cooking utensils, and the ones that you don’t need anymore, put them away, and the ones you will keep using, leave them on the counter out of the way.

Also while you are waiting, put away ingredients you are done using at that time, as well.

This will help free up space and create less work in cleaning up after the meal has been enjoyed.

Kitchens that are small, and don’t have enough elbow room, as they say, is really a one cook kitchen. The best idea in a small kitchen is to kick everyone out while you’re cooking.

If you barely have enough room to turn around while you’re cooking, you’ll need as much space as you can get. Don’t let anyone in your kitchen while you’re preparing the meal, unless you want someones help to chop vegetables or round up and put away no longer needed ingredients.

There’s never anything wrong with asking for a little help, but if someone just wants to chat while you’re cooking, they’ll probably just get in the way.

A Small Kitchen – Buffet Style Or Plate and Serve 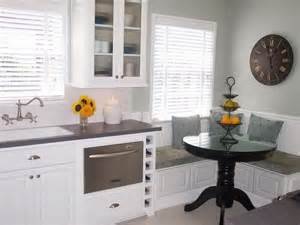 With limited counter space, it’s probably not the best idea to have a buffet style meal.

If you don’t have room to chat with people while you’re cooking, you probably don’t have enough room for guests to line up and get their food.

If you have the counter space to plate the meal yourself for each guest, that’s probably your best bet.

Otherwise, you can always pass serving dishes at the table and store them on the counter for people to get second helpings if they want.

Wouldn’t you agree these are great suggestions to follow in every kitchen, small or big?

One thought on “Cooking Great Meals In A Small Kitchen” 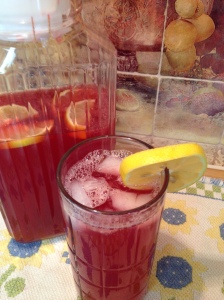