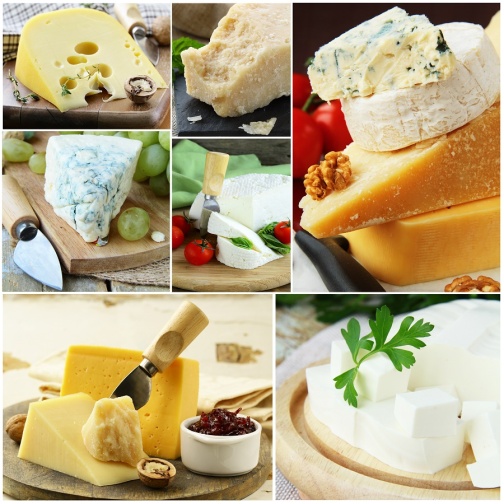 Who doesn’t enjoy cheese, either as snack, on a sandwich, or topped over leafy greens? There is many ways to include cheese in your culinary delights.

There are many different kinds of cheeses, and they each have their own flavor and best uses. Among the many cheeses throughout the world, the following are the top nine varieties enjoyed by food lovers.

Feta is a white cheese made in Greece from sheep’s milk, or from a mixture of sheep and goat’s milk. The cheese is bathed in a brine, that is a 24% salt concentration. Salt is said to be important in cheese making as it keeps the fermented cheese from molding fast. Salt also helps to draw out the whey.

Read more here from the Curd Nerd on Using Brine In Cheese Making.

This is a common cheese in Greek dishes. Crumble it over salads, use it on sandwiches like Gyros, and broil it with olive oil. You can sprinkle it over the top of Greek pizza or pasta. It’s tangy and moist and can be crumbly or creamy. Try pairing it with fruit as well. 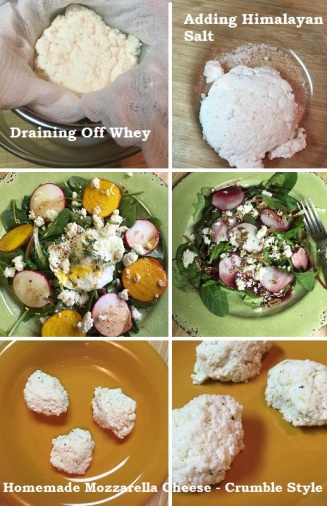 Mozzarella  is a southern Italian cheese, and is traditionally made with milk from the from Italian water buffalo.

There are two basic ways to make mozzarella, there is the direct acidification of the milk to form the curds or the culture, also known as rennet method.

In both methods, raw milk is pasteurized and then coagulated to form curds.

This is most commonly used in Italian dishes, mozzarella being the number one go-to cheese for pizza. You can also eat it sprinkled with olive oil or have it with tomatoes and basil. This soft cheese has a mild, yet creamy taste with a great texture.

All you do is bring 2 to 3 cups of organic pasteurized milk to a soft boil, then add the juice of half a lemon. Stir and wait for the curds.

Once the process has stopped making curds, using a slotted spoon, remove the curds to cheese cloth placed over a bowl, so the whey can drain off.

We added lemon-garlic seasoning and Himalayan salt for flavor. Store cheese in a glass topped with a tight lid. Cheese is crumbly and can be used to top your favorite salads.

Listen to a NPR 2014 interview with Claudia Lucero, the author of, “One-Hour Cheese: Ricotta, Mozzarella, Chèvre, Paneer–Even Burrata. Fresh and Simple Cheeses You Can Make in an Hour or Less!”

Click the link (opens in new window) and listen to the 3 minute interview: How To Make A Faux Cheddar In One Hour.

Monterey Jack is a semi-hard, cheese make from cow’s milk. It has a mild flavor and is gooey-when-melted. It is an excellent match for a deli or meat sandwich, grilled cheese sandwich, melted over casseroles and chili, and any Latin American dish that calls for cheese, like quesadillas, tacos, and enchiladas. 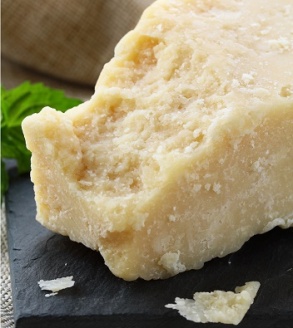 This cheese is a hard, granular cheese. In Italian the word “Grana” means “granular” and refers to a texture well-suited for grating.

The hard, granular cheese can be grated and sprinkled over pasta, soups and salads. It is used in most Italian dishes, as it adds flavor, even to Italian soups.

Parmigiano-Reggiano is aged up to 24 months, to give it that intense, complex flavors it boasts. Nutty, sweet, grassy, creamy, and fruity.

There is also evidence that in the 17th to 19th centuries Parmigiano-Reggiano was called Parmesan in Italy and France (History of Parmesan Cheese).

This cheese melts very  well when it’s a young cheese, but if it’s aged, it is best sprinkled over salads or used in casseroles. It can have a mild taste, or deep and flavorful. 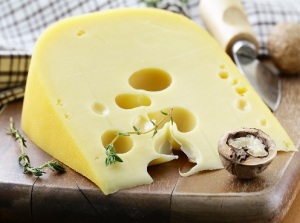 Swiss cheese originated in Switzerland, and cow’s milk is used just about 99% of the time. There are 450 different kinds of Swiss cheeses, and are put into five categories, which are extra-hard, hard, semi-hard, semi-soft and soft.

According to The Nibble, three types of bacteria are used in producing the types of Swiss that contain holes. The bacteria includes, Streptococcus thermophilis, Lactobacillus, and Propionibacter shermani.

In the later stages of cheese production, the bacteria will excrete the lactic acid called P. shermaniconsumes, which releases the gas, known as carbon dioxide, and in turn forms the bubbles that make the “holes” or “eyes.” The cheese industry refers to Swiss cheese without holes or eyes as “blind.” 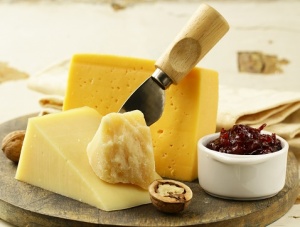 This cheese is hard and off-white in its natural color, and can be acidic-tasting. The orange cheddar that most of us are accustom too, is such because a spice called annatto among others is added.

Cheddar Cheese originated in the British village of Cheddar in Somerset, though this cheese is produced beyond this region today in several countries around the world.

Cheddar is great mixed in salads and eaten with crackers. It melts well and is often used in Mexican dishes like tacos and fajitas. It can be added to casseroles as well. The sharper the cheese the better the taste for your macaroni and cheese. 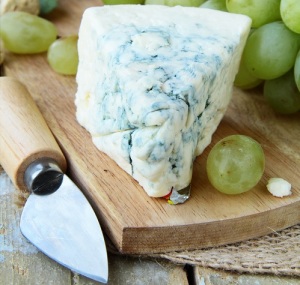 Blue cheese is a general made of cow’s milk, though goat’s milk can also be used. It is called Blue cheese as it has blue or blue-green mold throughout.  The blue mold in these cheeses is due to mold spores from Penicillium.

Most blue cheeses produced today are either injected with the mold or the mold is mixed right in with the curds to insure even distribution of the mold. Early blue cheese makers used bread to start the mold process and waited for the mold to spread naturally to the cheese curds (Food Reference).

This cheese has a strong effect. There’s a reason why spicy hot wings are served with blue cheese dressing. It cuts the heat well when eaten with spicy things. You can also crumble it on top of salad. It’s best used closest to its use by date because then it will be at its peak of flavor.

This Italian cheese is always made from sheep’s milk. The flavor is sharp, nutty and herbaceous. When using this cheese to prepare a meal, be careful about how much extra salt you add to what you’re cooking, as Pecorino can be quite salty.

Perhaps you use these cheeses all the time, or maybe you have never given them a try. If not, purchase them and give them a flavor taste and see which ones may fancy you.

A few times a week, The Whole Foods Market (USA – U.K) will have cheese samples to try, as well as Trader Joe’s (USA) on Saturdays during there wine sample hour.

There are so many different cheeses, that there has too be one, two or more that could be your favorites.